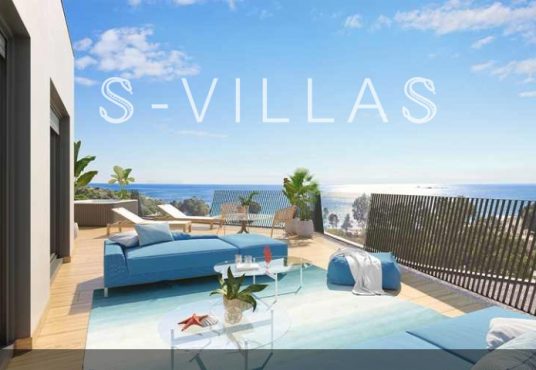 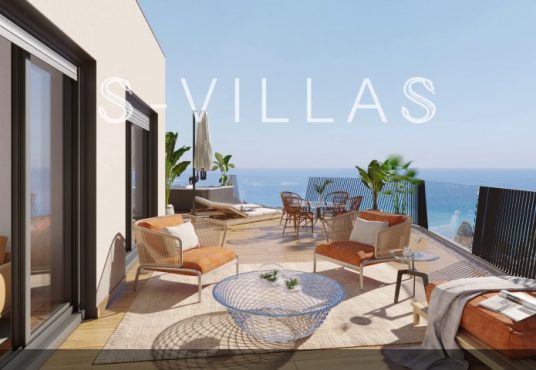 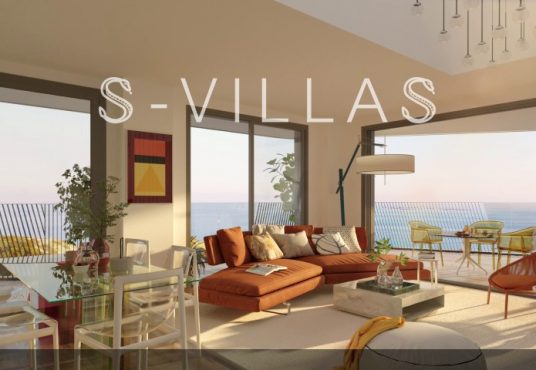 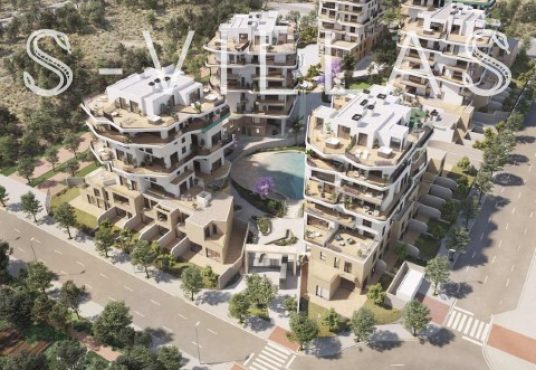 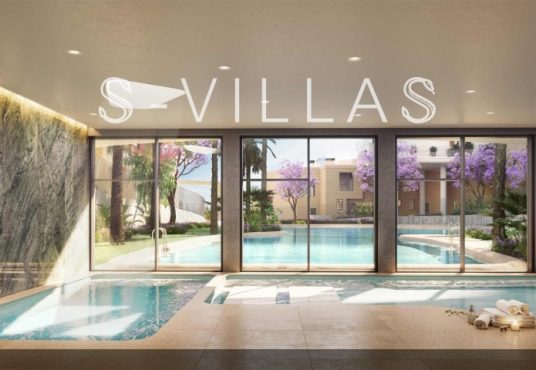 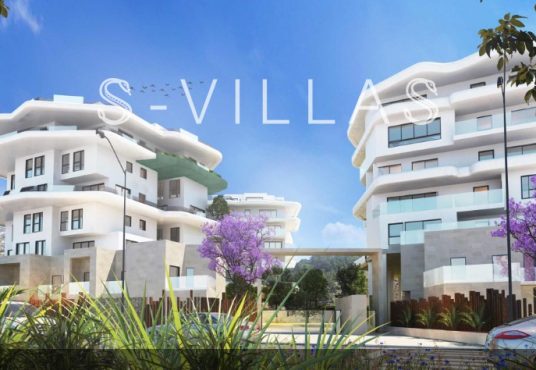 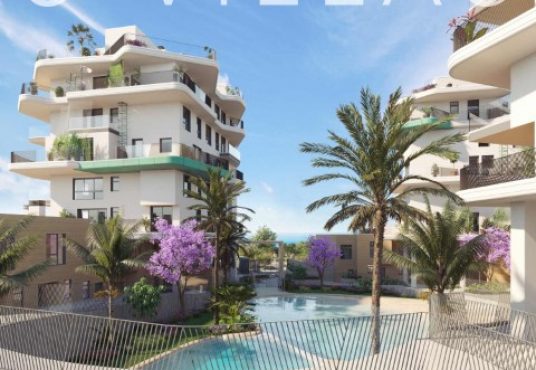 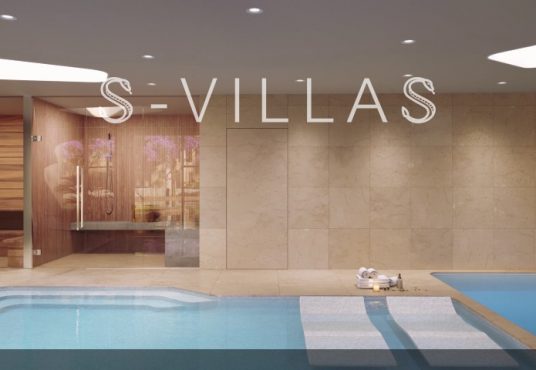 This penthouse in Allonbay Village, presented by S-VILLAS, has three bedrooms, 3 bathrooms and a whopping 126 sqm of terrace.

Aster is a private development of townhouses, apartments, penthouses and duplexes with 1, 2 and 3 bedrooms, designed to the last detail. Located just 100 meters from the sea, its spacious and bright spaces are perfect for relaxing and enjoying the views from the large terraces.

Allonbay, is a natural and unique environment to ‘experience the Mediterranean Sea’.
It has a virgin beach with crystal clear water and trees and palms that offer their shade on the beach. An area of peace and quiet situated between the towns of Villajoyosa and Benidorm, which guarantees you all necessary or imaginable services at any time, just 4 minutes from this authentic oasis of light. In this special and unspoilt environment we build some very exclusive houses, which are well thought out, oriented and made to live completely Mediterranean and in contact with nature. They are very bright, modern and built with materials of the highest quality. Built in a sustainable environment with the BREEAM quality certificate.

Homes with large terraces and sea views that allow you to watch the sunrise in the first row. We propose you to live the ideal life on the Mediterranean Sea, but in a special way: without noise or traffic jams and without the inconveniences of the crowds. Your main neighbour will be the sea, and you will have a regular guest more than 300 days a year: the sun!
Discover ALLONBAY and find the home you have always imagined, just 100 metres from the sea.

A little bit more about Villajoyosa …

Villajoyosa is a hidden gem on the Spanish Costa Blanca between Benidorm and San Juan. Villajoyosa is locally known as La Vila Joiosa.

Villajoyosa is known for the whitest sandy beaches of the Costa Blanca and has the Blue Flag status. Villajoyosa is architecturally so colorful that it is reminiscent of the Brazilian city of Salvador de Bahia. The long strip of white sand is framed by a promenade with mainly Spanish bars and restaurants and with many palm trees providing the necessary shade. The beach also has an extensive playground for small children.

The place of interest according to the guidebooks is the Gothic parish church. But what is actually even more impressive is the picturesque old core of Villajoyosa. The many fishermen’s cottages you will find here on the beach are painted in beautiful pastel shades. This gives Villajoyosa a unique and totally recognizable sight. The reason that the houses have such a characteristic appearance is that the fishermen could easily see from the sea where they had to go. Nowadays this part of Villajoyosa mainly has a tourist function. By the way, it would not surprise us if the fishermen’s houses of Villajoyosa ever again end up on the World Heritage list of Unesco. This beautiful piece of Costa Blanca should be preserved for future generations.

The more than thirty thousand inhabitants of the seaside resort of Villajoyosa can nowadays hardly be called a village. Villajoyosa has grown so much in recent decades that you can almost call it a city.

There are four main beaches in Villajoyosa: La Platja Centre (Central Beach) close to the city center, El Paradis beach, Xarco beach with a watchtower and Torres beach with a Roman tower. There is a small cove used for diving and naturism, the Racó del Conill. The Bon Nou and La Caleta beaches with their sparkling, clear water are also worth a look.

Villajoyosa has some great walks along the coast. They are known in Spanish as Caminos de la Costa. Highlights are the sanctuary of the Virgin de la Salud, the Paradis and Bol Nou beaches and the Xarco watchtower. You can also try walking the Cala to the north. This route is more rocky with cliffs. Highlights are the Arrabal houses, the bay of Vila Joiosa, the fishing port and the Estudiants, Torres and Raco del Conill beaches, as well as the Roman funeral tower Torre de Sant Josep.

If you want to book a holiday to Villajoyosa, Alicante is the nearest airport about sixty minutes away by car. Villajoyosa is home to the famous Valor chocolate factory. Valor is the brand of chocolate most commonly sold in local supermarkets such as Mercadona, Masymas, Eroski and Carrefour (near Benidorm).

A visit to the Valor chocolate factory makes for a good day and there are also many children coming from the local schools. Market day in Villajoyosa is on Thursdays, fish markets are held daily in the harbor and flea markets are on Sundays.

Contact us if you would like more information about this penthouse in Allonbay Village in La Vila Joyosa, or if you would like to visit the project. We also have a wide range of other new apartments in the area!

Also, feel free to contact us for any general information  about building or buying in Spain.

S-VILLAS, your partner for real estate on the Costa Blanca North!

This Apartment style property is located in Villajoyosa is currently and has been listed on S-VILLAS Costa Blanca. This property is listed at 760 000 €. It has 3 beds bedrooms, 3 baths bathrooms, and is 129 m². The property was built in 2021 year.